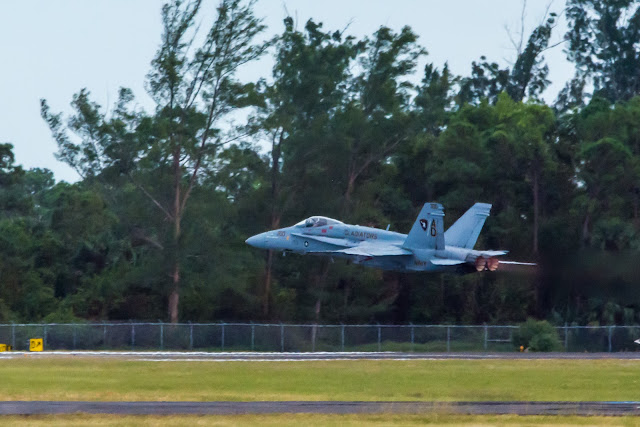 While the weekend was cloudy, it was still nice weather for spectators to take advantage of the annual Stuart Air Show at Witham Field. The partly cloudy skies provided just the right backdrop for the spectacular display of aerial prowess by daring pilots in modern as well as vintage aircraft. There was a full scale WWII battle reenactment including a parachute drop. Demonstrations by the Air Force F16 Fighting Falcon, the Navy F18 Hornet and a vintage Mig 17 supersonic fighter jets, as well as a variety of other aerobatic  demonstrations, including the Navy Leap Frogs parachute jump with the American flag.   Disappointingly, the ever popular AeroShell Aerobic team did not make it this year. I tried using a new 55-300mm Nikkor lens this year - but think I prefer my old versatile 18-200mm to capture a wider view and more of the action.


Click here for photos:
https://goo.gl/photos/ErKV9MHzxpca7kTt5
Posted by chuckbessey at 5:53 PM No comments: 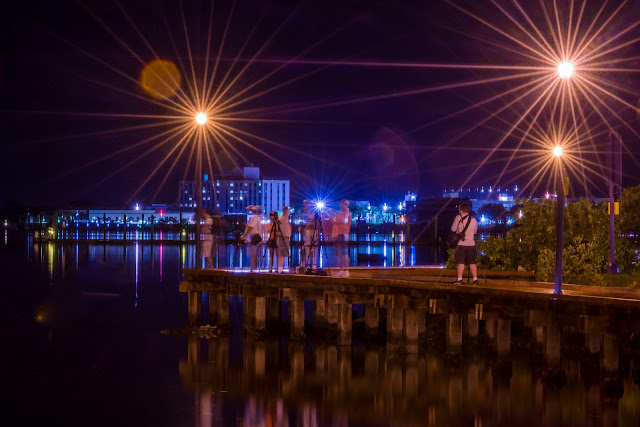 Each year, photographers around the world gather in various locations on the same day to explore, photograph, share photos with each another, make new friends, and be a part of a great cause. This year my club the Palm City Shutterbugs joined other photographers from the Stuart area for the photo walk. The Worldwide Photo Walk supports The Springs Of Hope Kenya Orphanage that feeds, houses, educates and empowers young orphans so that they can grow up to not just survive but succeed in life.

Click for some of my photos on the walk:
https://goo.gl/photos/FxW1x5ZEH3ehRVaC9

Springs Of Hope Kenya Orphanage:
https://www.generosity.com/community-fundraising/let-s-transform-orphans-lives-together-wwpw2016
Posted by chuckbessey at 2:42 PM No comments: 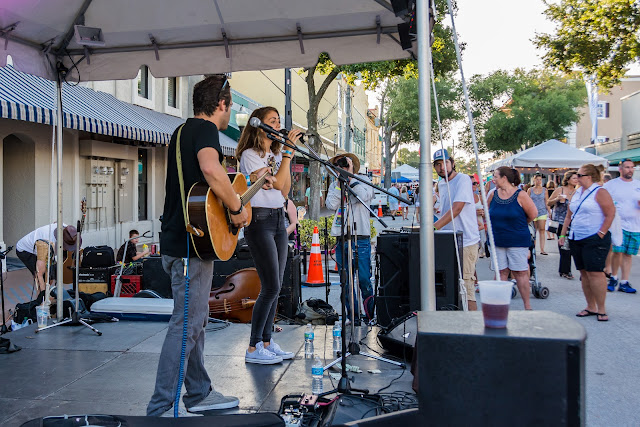 "Dancin' in the Streets" drew them in on Saturday, Aug. 20th, for a carefree day in downtown Stuart. It was the 26th annual celebration, and the vendors went wild - there were over a dozen food stands to please the crowds. It was a hot day, but who cared?  Festival-goers were in the mood for fun, and this is Stuart's biggest fundraiser of the summer, supporting free community events year-round.  Five stages and 17 live bands kept people dancing and partying from 3:00 p.m. till midnight. 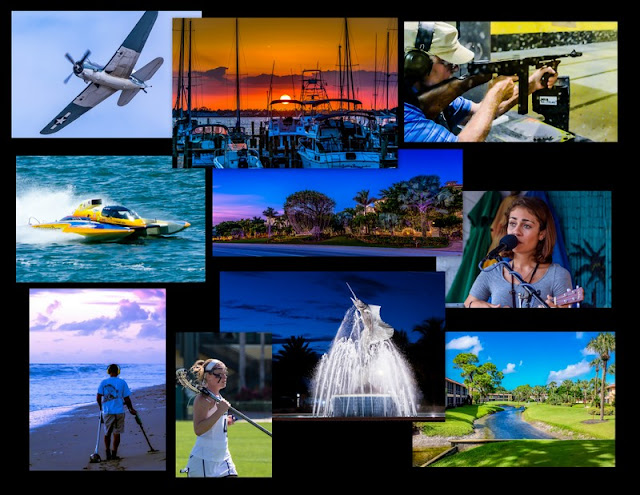 From the roaring thrill of planes in flight at the air show to the spectacular beauty of a Florida sunset. From locals sauntering Stuart's streets to three generations of a family in a once-in-a-lifetime gathering.  These were some of the photographic opportunities over the past year, bringing new confidence and even a few  paid commissions leading to my newest venture - printing and selling some select prints.